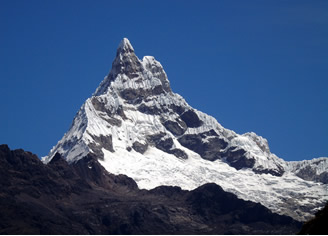 Huascaran National Park (Spanish: Parque Nacional Huascarán), )was founded in July, 1975; it covers almost all the area of the Cordillera Blanca; it is located in Ancash Region (State), in the Provinces of Bolognesi, Recuay, Huaraz, Carhuaz, Yungay, Huaylas, Pomabamba, Mariscal Luzuriaga, Huari, Corongo and Sihuas.

In 1977, the UNESCO established to the Huascaran National Park  as Biosphere Reserve and in 1985 it was declared as  Natural Heritage.